In a freak accident, a 13 year-old boy had an extremely close brush to permanent blindness after part of a chopstick was left embedded in his eye. Miraculously, the chopstick had indeed (*warning graphic description coming through*) lodged itself in the eye cavity and into the sinus, narrowly missing the eye which would’ve resulted in blindness.

While playing with his elder brother, See Jing Yang, a student at the Hin Hua High School, fell at his family home in Ambang Botanic. His left eye was hit, and it started to swell up tremendously, forcing the boy’s eye to shut.

His mother Yoong Siat Kian rushed him to the clinic but was told to take him to a hospital instead due to the acute swelling. “I rushed him to a nearby private hospital and was shocked when informed that a CT scan showed a 6cm object embedded in the eye,” said Yoong.

Ophthalmologist Dr Narendran Muthukrishnan and his team was rushed in, but initially the team could not make out just exactly what foreign object had lodged itself in Jing Yang’s eye.

“I asked the mother to find out if there was anything broken at the spot where he had fallen,” said Dr Narendran.

The mother called her other son and asked him to scour the floor. He returned back with a remnant of a broken wooden chopstick on the floor. True enough, a chopstick it was when the object was finally extracted out.

The chopstick had entered through the eye cavity and into the sinus, with the tip poking out the nasal cavity.

Now you know just how lethal a chopstick can be.

Jin Yang initially had no clue that a chopstick had entered his eye and broken off when he fell. “I did not feel it going in even though I felt a lot of pain after that,” said the youngest of three boys. Brave kid man.

The operation was successful and Jin Yang’s eye is now free from the wrath of a chopstick. 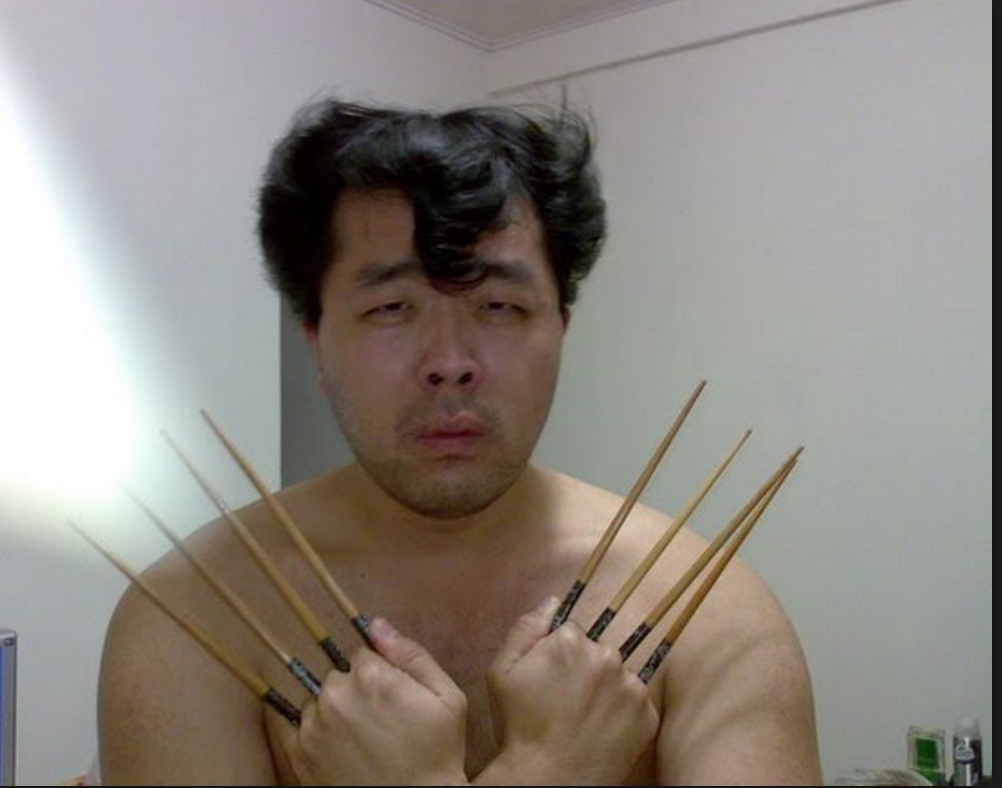