They construct the buildings we inhabit, learn, and work in, yet they hardly get the acknowledgment they so sorely deserve. They’re construction workers, and the work they do is considered one of the riskiest and most lethal jobs of all time.

On April 24 at 12:20pm, in Seri Iskandar, Perak, a crane operator was on a construction site when the crane malfunctioned out of the blue and started flipping. Even though the victim – 47-year-old Lai – tried to escape the doomed machine, he could not do so in time, and his lower body was horribly crushed. He passed away on the spot. 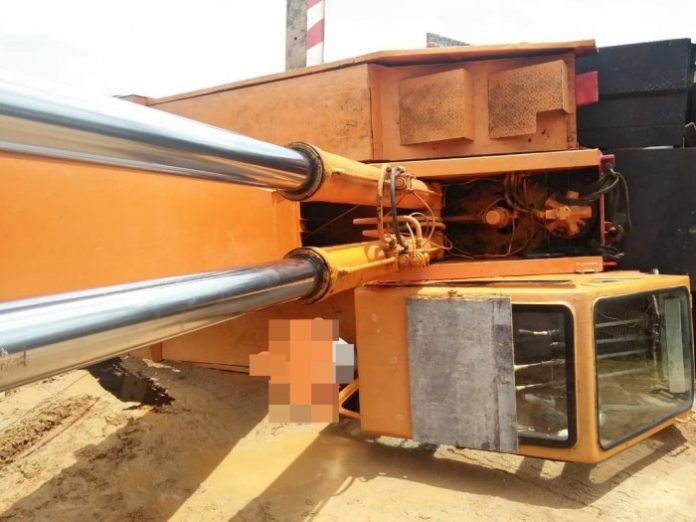 The crane weighed 20 tonnes, and when it fell, its full weight collapsed on the man’s body, causing irreversible damage. Oriental Daily reported that the victim was attempting to pick up bricks with the crane when it began to lose control. Initial investigations revealed that no foul play was involved, and that it was most likely technical difficulties that cost the man his life. It was also discovered that the crane’s stabiliser had been activated during the accident, making the cause of the malfunction all the more of a mystery.

Since then, the body has been sent to a hospital morgue for an autopsy. We hope that this will pave the way for stricter safety guidelines to be enforced on construction sites, lest a similar, or worse mishap occurs to others like him.

Also read: Young Woman Crushed to Death in Bukit Bintang when Part of Crane Falls on Her Car