Another day, another haze update as the situation clearly doesn’t seem to be improving much! After developments yesterday that saw Indonesia’s Minister of Environment and Forestry claim that haze created by forest fires in Indonesia can’t travel across borders, things have only gotten more severe. It’s getting hard to breathe in here!

In a report by Sin Chew Daily, satellite data obtained from Singapore’s ASEAN Specialized Meteorological Center (ASMC) site shows that the number of hotspots in Indonesia, especially in the Kalimantan and Sumatera regions, has risen sharply. In fact, they are almost double the number from Wednesday, with the number of hotspots now topping out at 1619! That isn’t good!

However, in an effort to combat the worsening weather conditions, Indonesian authorities have been trying to curb the raging fires by dispatching helicopters equipped with water canons to the affected areas. While forest fires used to clear agricultural land are nothing new (like the haze), the relatively dry weather has not improved things at all!

This follows the over 45 schools in Selangor and Pahang that were closed on Thursday (12th September 2019), with 29 schools remaining closed in Selangor today (13th September 2019) as reported by The Star. Other schools are also instructed to close in Selangor if the Air Pollution Index (API) numbers in their region reach above 200, which is categorised as ‘very unhealthy’. However, any planned examinations will continue as scheduled. 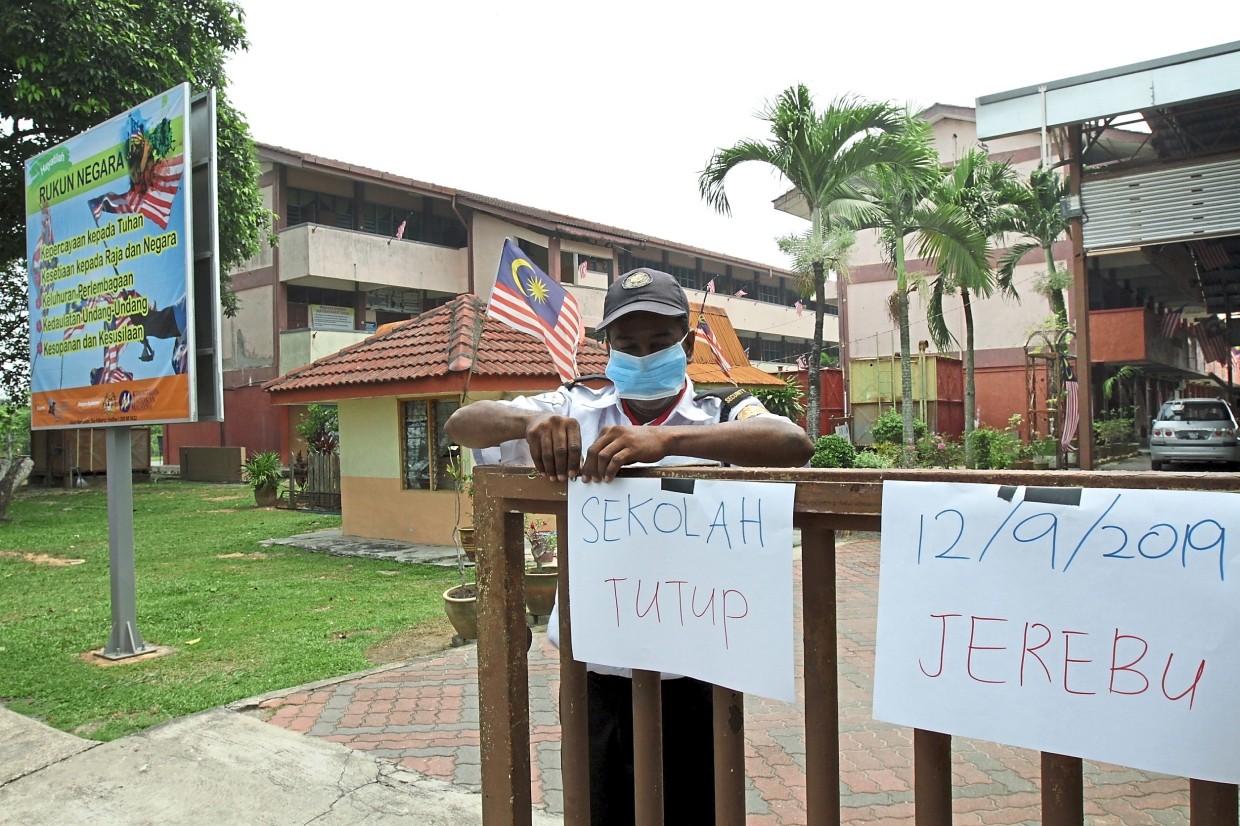 If you live in any area that has reported unhealthy air levels, please take the necessary steps to make sure you don’t fall sick from the haze! If possible, buy a mask and always drink plenty of water. Stay healthy everyone, and let us hope that this haze season blows over quickly!