One of the most devastating things that could happen to a parent is watching on while your children are wounded, and not being able to do anything to defend them. This harrowing situation turned into a grim reality for a family in Kampung Kuala Temekah, Kedah, as reported by Astro Awani. 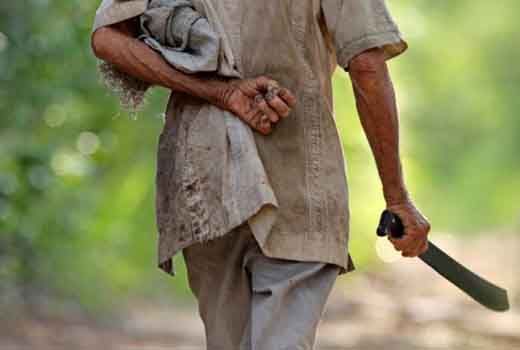 On 24th September at 1.40am, a group of 20 armed men broke into the home of 54-year-old R. Mogan while his family was asleep. Wielding parangs, the men first wrecked all the family’s modes of escape, from the family car to motorcycles.

Arriving in a convoy of ten motorcycles and a car, they also trashed the front porch of Mogan’s house before barging in to attack the rest of the family. Setting their sights on the family’s sons, M. Linges, 21; M. Devannayar, 20; and M. Ramanayar, 19, the group of men then started slashing them!

As Mogan and his wife had no means to defend their sons from the attack, they could only watch in complete horror as their sons screamed for help while they were mercilessly attacked.

As a result, the three boys sustained injuries to their bodies, arms, and legs. According to Superintendent Syed Basri Syed Ali, three men who were involved in the slashing were apprehended near Kuala Ketil, while the police are still on the lookout for the others. The victims are presently being treated at a hospital.

If you have any information regarding this case, contact the authorities immediately. We hope that justice will be served for the three boys, and that they will heal from their injuries soon.