The legendary Kancil buruk may have been towed away, but the intrigue around the identity of the mystery driver continues! Spotted in over three different states and somehow managing to drive over a few hundred kilometres with its doors barely hanging on, its no surprise why people are so curious as to who the owner of the car is, and how he managed to maintain it.

For a closer look of the legend itself, Facebook group Aurizn Malaysia has a 360-degree, detailed look of the Kancil!

In a report by Sin Chew Daily, we might just have the answer for the first half of the question: who owns the legendary Kancil buruk? Well, he’s not from Raub as was previously speculated, that much can be confirmed.

As it turns out, the mystery driver is a man allegedly from Penang, and his family now lives in Kuala Lumpur. However, he was spotted previously in Raub, as his father bought and was living in a rubber plantation in the area at the time. As such, many people who were living in Raub were already pretty familiar with the Kancil buruk legend. 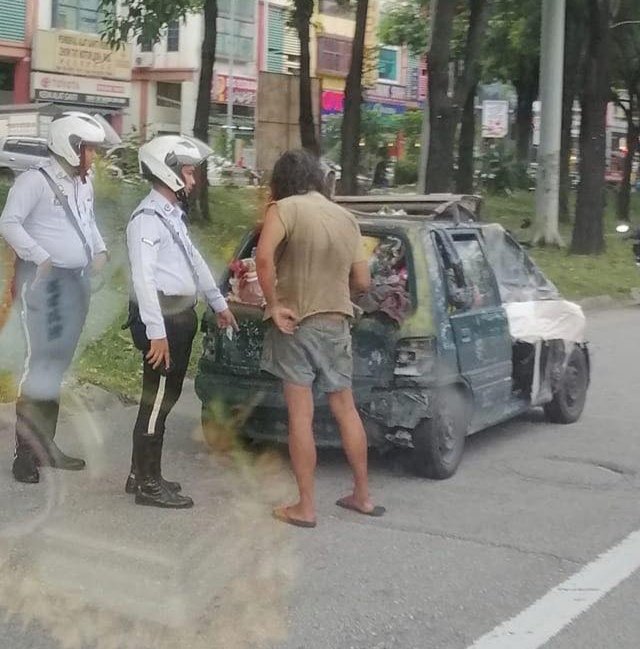 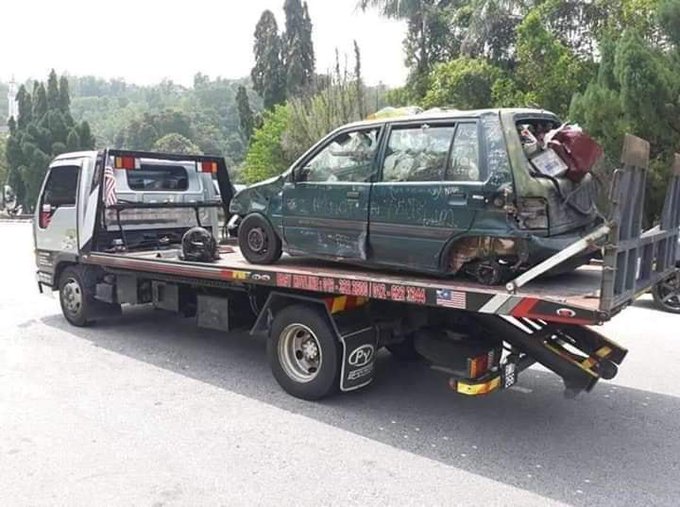 Apparently in an interview with Sin Chew Daily, a mechanic who knew the driver’s father said that he had sold a number of cars to the man. The first car that was sold to him wound up being vandalised for illegal parking, and was towed back to the workshop.

According to the mechanic, the 40-year-old driver of the Kancil studied in Singapore and can communicate in fluent English. However, due to mental illness, he continues to drive the run-down Kancil buruk around Malaysia. 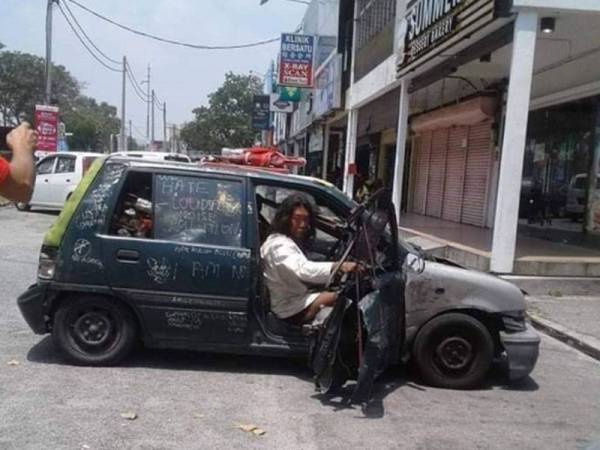 While many people may think the man probably doesn’t have enough money to buy a new car, a noodle stall operator who knew the Kancil buruk driver mentioned that he actually has quite a bit of cash on him, saying the driver often visited his stall in 2016.

He said: “He would come to my stall to tapau food all the time during Chinese New Year. He owns land in Raub and tends to always pay with a huge stack of cash. He looked pretty normal.”

But since the Kancil owner left Raub, the noodle stall owner hasn’t heard any news about him until his Kancil buruk went viral on the news.

Wow, looks like appearances are not as they seem! This comes to show that you really shouldn’t judge a book by its cover.

Also read: This Legendary Kancil Buruk in M’sia Has Finally Stopped Travelling After It Got Towed By PDRM