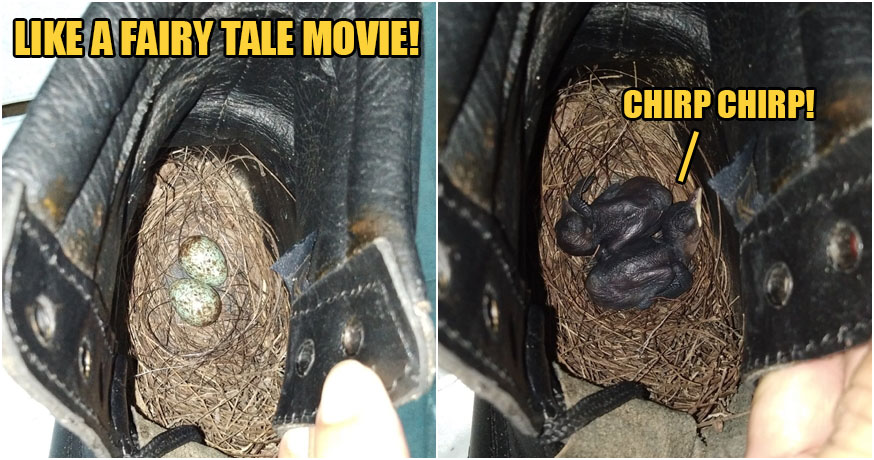 First it was mouldy shoes, now it’s birds nests. What are we talking about, you wonder? Well, for those of you who haven’t been keeping up with your regular dose of viral news, a shopping mall in Sabah recently found that most of their leather goods were completely overgrown with mould after two months of MCO. A combination of humidity and lack of handling likely led to the growth of mould, but that’s probably speculative at best.

Well this time, it isn’t mould that’s growing all over someone’s shoe, but something far more adorable that has since stolen the hearts of Malaysian social media users!

Just recently, netizen @MdAeEmAi had shared an incredible story of how he found, out of all places, a bird’s nest inside one of his boots after having not worn them for over two months since the MCO started in Malaysia.

What’s all the more incredible is that the nest, from the photos provided, did not look at all shabby! In fact, the small twigs were neatly laid out, with two speckled eggs nestled in the middle, just like something right out of a Disney fairy-tale movie!

But what makes this story all the more endearing is the fact that not only did the man leave the nest undisturbed, he came back days later to find that the eggs have already hatched, and two baby birds were sleeping soundly in the nest!

As you can imagine, something so truly miraculous has garnered plenty of attention among local netizens, many whom were completely amazed by the fact that the mama bird managed to find a vacant shoe to build her nest in!

Which comes to show that during the MCO, Mother Nature really has begun to do its part to reclaim much of our world! We hope that these baby birds will get to lead a full and happy life, after they leave their little nest. 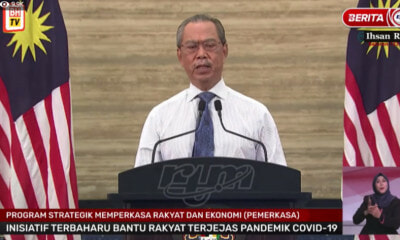 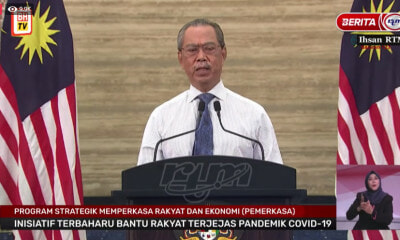 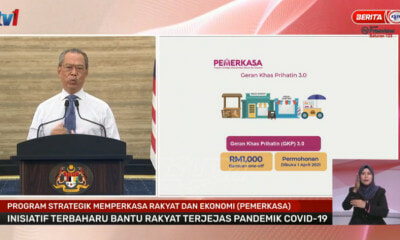 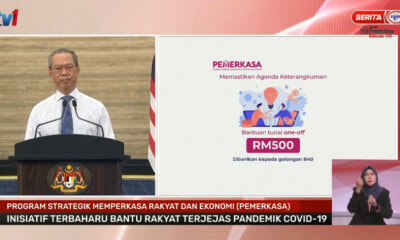 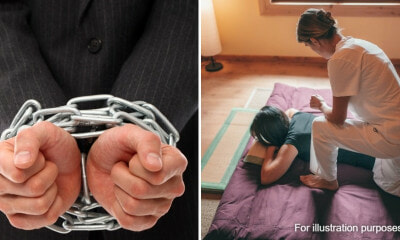 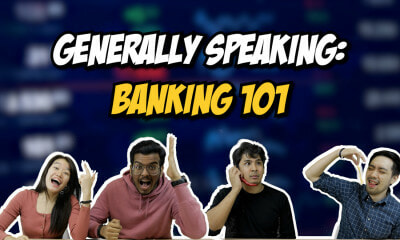 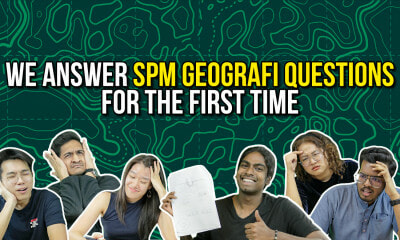