A man who was too distracted by his phone didn’t notice where he was walking and went past a cliff, resulting in his death.

Bill Bender, a San Diego Lifeguard told NBC San Diego: ‘Witnesses stated seeing someone distracted by an electronic device and he just fell over the edge.

‘(He) wasn’t watching where he was walking, he was looking down at the device in his hands.’

Reports said that he was declared dead at the scene. 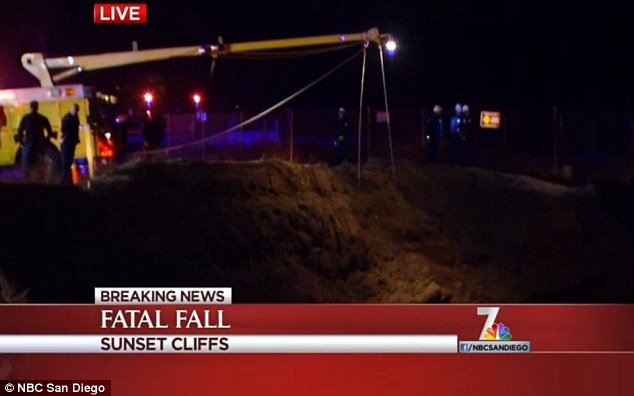 The cliff was over 60 feet (18.3 metres) high, equivalent to the height of a 6 storey building.

The victim who tumbled off the side of the cliff was reported to be in his 30s.

The details of what he was doing were unclear, Bender said. Lifeguards have not found a device yet and said the device could have been a camera or a phone.

When the man fell, three Good Samaritans found their way down the rocks to help rescue him and administered CPR.

“They acted quickly, they found a way to get down the cliff,” Bender said. “They put themselves at jeopardy…They administered CPR to the person in attempt to save a life.”

Despite the efforts, the man did not survive the fall and was pronounced dead at the scene.

Bender warned people to be more aware of their surroundings, where people shouldn’t use their phones while they are walking or driving.