Last Friday (10th January), an accident involving two cars on NSE near Sungai Buloh occurred. NST reported that the accident started when a Proton Satria’s driven by Mohamad Taslim Jamsari Mohamad, 31, suffered an engine problem forcing him to begin stopping by the roadside.

An SUV travelling behind the Satria failed to notice the car stalling, ramming into the car from behind. The impact caused the Satria to spin violently and fling several of its passengers out of the car. 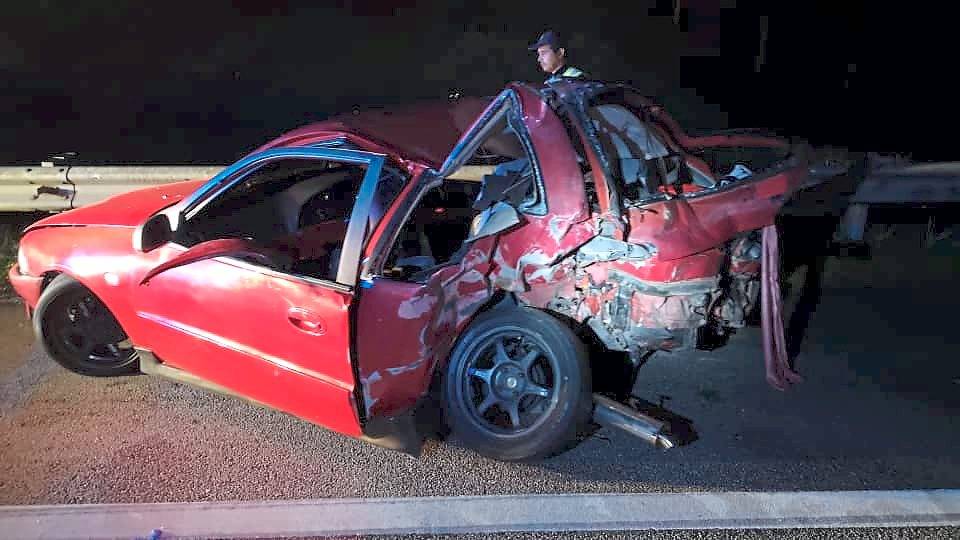 Unfortunately, the violent accident led to casualties in the form of all 4 generations of the family that was in the Satria. The driver, Mohamad Taslim, had been driving with his grandmother,  Asiah Mat, 74; his mother, Ruzi Osman, 54; his wife, Ain Fazira Mohd Yazid, 25; and his daughter, Nur Tiara Arisha, 9 months.

As reported, Mohamad Taslim’s grandmother and wife died at the scene while his mother and daughter died while being treated in Sungai Buloh Hospital. However, the SUV driver suffered minor injuries and is in an investigation to determine the exact cause of the collision. The case is being investigated under Section 41(1) of the Road Transport Act for causing death by reckless driving.

Also read: M’sian Motorcyclist Gets Into Accident After VVIP Escorts Force Him Off Road