Going to work might be a pretty mundane affair, but never in a thousand years would anyone have expected something so horrific to happen at their own place of employment.

A man who had sent in his letter of resignation showed up at his workplace wielding parangs, before going into a murderous rampage that killed one woman and injured one man before being shot by police.

As reported by China Press, the incident which happened at the B.Braun Factory in Balik Pulau, Penang, saw a man go berserk while armed with two parangs in each hand.

The 25-year-old suspect, who was an assistant quality control officer, had not been at work for up to a week. He then suddenly showed up with a letter of resignation that was effective by the end of the month, prior to attacking the staff.

It has been reported that the suspect went to his car to retrieve the parangs before heading into the factory and beginning his murderous rampage.

Setting his sights on a 48-year-old woman, he hacked up her arm in 3 segments before turning to attack a 53-year-old man, slashing him in the process.

He then stalked the grounds looking for other victims before police arrived on the scene.

Witnesses said that they had to run and hide to avoid being seen by the suspect, while others screamed “Potong, potong!’ in sheer terror as they tried to escape.

Factory officials said they tried sounding the alarm, but hesitated as they feared the alarm may further trigger the already wildly aggressive suspect. 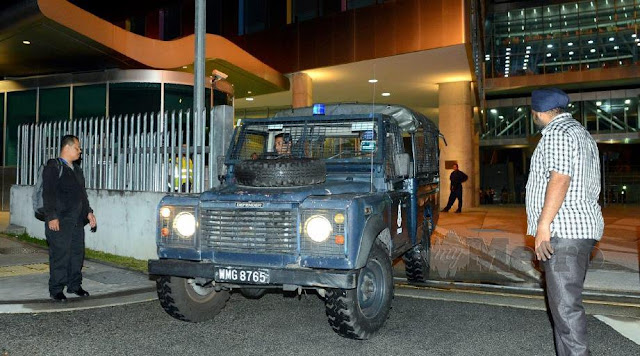 When police arrived on the scene, they tried apprehending the suspect but to no avail. Instead, the suspect ran towards police officers with two parangs, resulting in him being shot and killed.

The female victim unfortunately passed away from the severity of her injuries, while the male victim is being treated in hospital. Police say that investigations as to the motive for the man’s violent rampage are underway, as well as the suspect’s relation with both victims.

The suspect was reportedly suffering from depression as he had spent most of his time alone in a room in the two years he had been employed there, according to The New Straits Times.

The case will be investigated under Section 302 of the Penal Code for murder, and Section 307 of the same code for attempted murder.

We hope that the deceased victim will be able to rest in peace and that a thorough investigation will be conducted to uncover the truth behind this incident.