A night of fun and partying quickly turned into a nightmare when a shooting occurred near a Melbourne night club around 3 am today (14 April).

MELBOURNE SHOOTING: This is currently the scene outside ‘Love Machine’ nightclub near Chapel Street. 4 people are in hospital, 2 of whom are critical after a shooting at the venue at 3:20am. The exact circumstances are still being established.@10NewsFirst @10Daily pic.twitter.com/0sQzJKwjFj

It happened right outside ‘Love Machine’ nightclub near Chapel Street, and it left one dead and another in critical condition.

Numerous shots were fired from a passing SUV which hit three security guards and one patron.

According to 9News, further investigation showed no signs the attack was terror-related although the actual reason behind it is unclear.

The report also mentioned that a black Porche SUV seen leaving the area and later found burnt out at a nearby place is currently being investigated to identify any links with the shooting. 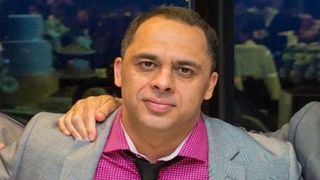 Aaron Khalid Osmani, the security guard who died in the shooting. Source: 9news

The Aussie police have urged members of the public with video footage of the incident or information to help with the investigation.

We pray for the speedy recovery of the victims and convey our condolences to the families affected by the incident.