Disclaimer: This piece reflects the writer’s opinion and compiled opinions of others on the subject matter. It does not reflect the opinions or beliefs of WORLD OF BUZZ.

On 8 March, everyone took to their social media to celebrate International Women’s Day. Many of us reshared posts on our stories about how strong women empower and inspire us to stand up for ourselves. Sadly, just days after that, the world was shocked by the news of Sarah Everard, a woman from London who is believed to have been kidnapped and murdered by a police officer after she went missing when walking home alone from her friend’s house one night. Unfortunately, this is every woman’s reality. Every woman fears the possibility of suffering the same fate when they leave their homes daily to brace the world. Every woman has faced some form of harassment at one point in their lives and that experience has shaped the way they carry themselves in public.

You don’t even have to look at the news or scroll through social media to look for instances of women being harassed. The sad truth is that you can find those stories just by talking to the woman right next to you.

WOB took the liberty of reaching out to the women around us and asked why they feel unsafe when they’re out in public and their response truly shocked us.

Harassment can happen anywhere, at any time. Too often, it happens to girls who are too young to even know what’s going on.

One of my worst encounters with men was when I was 5-years-old. A man was drunk outside of my store and when I wanted to go and visit my friend next door, the man pulled out his penis and asked me if I wanted it. I was confused so I ran away. From then on, my mother would always advise me to not walk in any alleys and to always carry an umbrella with me as it can act as a weapon.

Women are taught, trained, and warned to always be on high-alert when they are out in public and to never leave the house without bringing a weapon. So much so that we anticipate the attack even before it happens.

Recently, I was driving home from work and parked opposite my house ( literally 10 steps away) from my front door. I was about to get out of my car and heard the sound of motorbikes approaching. As they were riding, they came really close to my car and I was 2/3 steps away from my front door, too close for my comfort that my brain detected it as danger and my “fight or flight” hormones (adrenaline ) kicked in. I turned around with my arms up against my chest to defend myself if they were to attack me or try something funny even though I was right in front of my house. The two boys were shocked I behaved in that manner. I heard one of them saying “you are going the wrong way and you gave her a fright” and rode off. Thankfully, nothing happened but I was shaking as there was no one outside to help me if anything were to happen.

This is what I go through on a daily basis. Everywhere I go, I need to be mentally prepared to watch out for myself. Why? Because I am a woman.

But can you really blame women for feeling this way when there are little to no laws protecting us from being harassed? It has been ingrained into our system for TOO LONG.

I think women can never feel too safe no matter where they are because anything can happen anywhere. We always have to be alert at all times and it has become so normal for us to assume the worst in any scenario. No one can be trusted because the ‘nicest’ people are the ones who have the evilest intentions. It may seem stupid or unnecessary to hold our car keys in our hands when we walk alone in the carpark or look for ways to escape when we are in a secluded area, but what can you expect when this fear has been ingrained into our system for so long? I feel unsafe in public because the laws in this country don’t protect me enough. If I walk down the street and men are catcalling, leering at me like predators, or some random lorry driver honks and whistles at me, there is absolutely NOTHING that can be done. If I’m stalked by a guy, again NOTHING can be done. Worst, we live in a society where I would be blamed for their heinous acts. Something is only done if something worst than that happens. So we wait for that terrible thing to happen?

My girlfriends and I went out to lepak at a public space. There were a lot of people there, so we felt safe. At least, that’s what we thought. And then this group of drunk men came over to sit next to us. We got a little scared so we walked back to our car quickly (the car was parked in a crowded area). Once we got into the car, we couldn’t drive away because they were blocking us from driving and one of them even sat on top of the car.

Though we managed to escape from that place, we were chased for a good 20 minutes. We couldn’t stop at any red traffic lights because if we did, they’d come out of their car to make an attempt to open our car door. In the end, we were saved by the traffic police officers and they escorted us back home. I thank God we’re safe but this experience really scarred me because things like this can happen to women even in public/crowded areas and no one will come to help.

When I was 16, my family took a trip to PD. We went shopping at one of those beach bazaars. We came across this clothing store and I saw a few shirts that I liked. But we were not allowed to try on the shirt for hygiene purposes. So my mother and siblings went into the store, and the salesperson (a man in his late 30s) was there. He said we couldn’t try it on but can just place it on top of our chests and kinda estimate on our own whether it could fit. So my mum told me to do that while she looked for more clothes outside the store.

I didn’t want to be left alone so my cousin and sister (both girls) stayed with me. But what’s weird was that the salesman didn’t let me put the shirt on my own. He wanted to do it for me. Before I could respond, he placed the shirt on my chest and started to fiddle it around to spread open on my chest. And before I knew it, he started grabbing my boobs.

I was SHOCKED. My cousin and sister both were shocked too. And because we were all so young (between the age of 14-16 years old), and the guy was much older, we didn’t say anything. I didn’t even know at that time that it was sexual harassment. It was my first encounter.

These are just a few of the many encounters women have to face daily. Every woman feels unsafe when they’re in public, knowing that they could possibly meet a predator. You may say that not all men are dangerous but these incidents happen too frequently for us to not be wary.

So the next time you go out with a woman, make sure they get into their houses before you drive off. Text them to ask them if they’ve reached their homes safely. Step in and intervene if you see a woman is being uncomfortably bothered in public. Women should not have to fear for their lives the minute they walk out the door.

Also read: “Have you no shame?” M’sian Troll Page Calls Out PKR For Giving Out Pads On Women’s Day 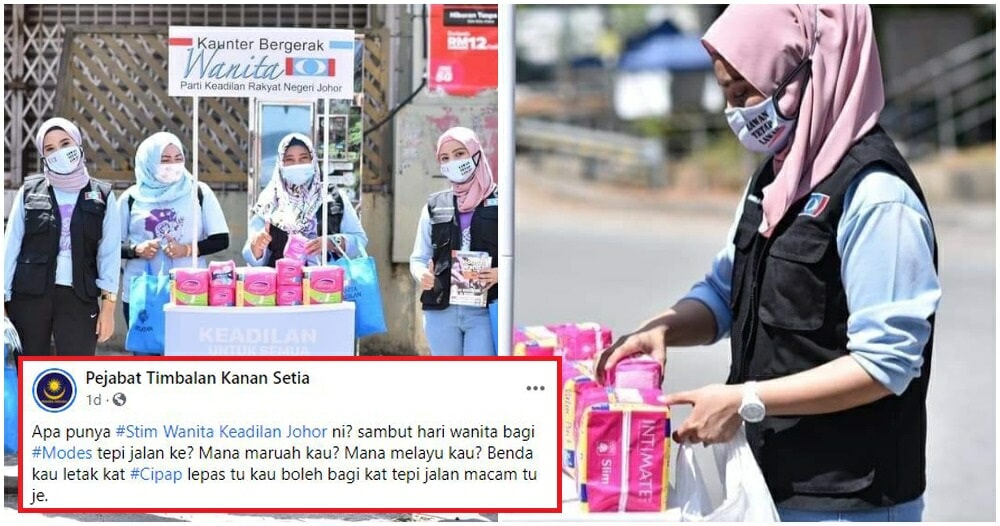